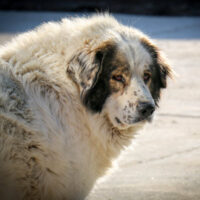 Attorneys representing Chris Brown are asking the court to dismiss a lawsuit filed by the sister of a dog attack victim who was performing cleaning services at Brown’s residence. This is known as a witness bystander claim. Someone who witnesses a terrible event can file a lawsuit against the negligent party for trauma related to the experience. Such lawsuits may have merit in other states, but Florida mostly quashes these. In this article, we’ll take a look at the allegations and how they would play out in a Florida courtroom.

Bystander claims are filed on a theory of negligent infliction of emotional distress. For example, let’s say that someone causes the death of your loved one and you are forced to witness it. While that is a terrible event that will change your life forever, the Florida courts don’t allow such actions to move forward unless you are physically injured as a result of your emotional grief.

In one case, a mother watched her daughter die in a car accident and shortly thereafter suffered a fatal injury due to shock. The courts allowed the action to move forward against the plaintiff on the grounds that the mother would not have died if she didn’t witness her daughter’s death. The case was decided in favor of the plaintiff by the Florida Supreme Court.

In the lawsuit filed against Chris Brown, Brown’s defense team is arguing that the woman was in another room when the dog attack occurred and thus was not a bystander to the attack at all, but only heard her sister’s screams. She should thus be denied the right to file a bystander action against Brown’s estate. Brown has further argued that because both sisters were workers, the claim should be routed through workers’ compensation and not the tort system.

Florida’s rule would have prevented this lawsuit from reaching a jury.

Halpern, Santos & Pinkert represent the interests of injured plaintiffs in lawsuits against negligent defendants. Call our Florida personal injury lawyers today to schedule a free consultation and learn more about how we can help.