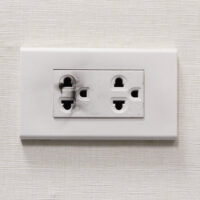 A woman has filed a personal injury lawsuit against Disney after she says the outlet in her hotel room malfunctioned causing an electrocution injury. The woman reported that the outlet didn’t look right to hotel staff and then left to enjoy the theme park for the day. Upon returning, she figured the matter had been handled and attempted to use the outlet. She was injured in the attempt. She has since filed a lawsuit against Disney seeking damages for medical expenses, disfigurement, and more. Disney has yet to respond to the lawsuit.

For those of you who have ever been involved in a lawsuit on the plaintiff’s end, it’s important to understand that no one is going to hand you money. The defendant will defend themselves from the allegations and in a lot of instances, that means blaming you.

So, Disney will likely say that the danger was open and obvious to the woman who then called the desk to have the issue remedied. The desk may have assured the woman the issue would be remedied, but when she got back to her room, the same danger would have continued to be open and obvious. Nonetheless, she used the outlet and was injured due to that choice. She erroneously figured that maintenance had checked the problem, but she never asked either. Hence, the woman is responsible for her injuries.

The most likely outcome

Disney should be held primarily liable for this incident. By blaming the woman using a dangerous outlet, Disney can reduce their liability by whatever percentage the jury deems fair, but in reality, Disney still rented a room with a serious danger. Had a child used the outlet, we wouldn’t even be talking about whether or not the dangerous condition was open and obvious.

After having rented the room, Disney then ignored or failed to address a complaint about the outlet that could have prevented serious injury. So, in terms of percentages, Disney looks poised to incur 75% of the liability or more.

Electrocution injuries can be severe. In cases like this, the total damages are tied to the medical expenses and lost wages plus pain and suffering damages. If there is permanent scarring or permanent disability, settlements can go into the millions.