What Is The Texas Two-Step? 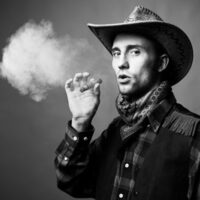 If you’re suing Walmart over a slip and fall, you’ll get your money. It may take a few years, but you’ll get it. If you’re one of the millions of people whose lives were destroyed by the opioid pandemic, who acquired cancer from talcum powder, or became deaf because your earplugs were defective, then you may have to deal with something else after you’ve won your lawsuit. It’s called the Texas Two-step. First, you win your personal injury lawsuit to the tune of multiple millions of dollars, then they declare bankruptcy—not because their business is insolvent, but rather to manage the personal injury claims they are now responsible for.

Bankruptcy proceedings allow debtors to handle large amounts of debt in a repayment plan. However, the bankruptcy never has to pay back 100% of what they owe. Hence, bankruptcy is to be used by those who have no other option. These companies are being allowed to declare bankruptcy just on the portion of their company that is liable for the debts.

I’m Joe. I just killed your dad in a car accident. You sued me and won. Now I owe you $10 million. Instead of paying you the $10 million, I will create a new identity, Tim. Joe doesn’t have any debts anymore. Tim has the debts. Joe only earns money. Tim “owns” all of the debt Joe used to own. Joe transferred his debt to Tim. Tim declares bankruptcy. Joe and Tim are the same person.

When you try to sue Joe to recover damages, he says, “I don’t owe you this money, Tim owes you this money.” You say, “But you’re Tim!”.

For legal purposes, Joe still exists, but he is no longer a party to the lawsuit. The only person who exists from the plaintiff’s perspective is Tim who is bankrupt.

So, the Texas two-step is basically bankruptcy fraud that’s been legalized for the purpose of helping negligent companies off the hook.

How does the Texas two-step work?

Texas’ very business-friendly legislative framework allows companies to split themselves in two after they face a major loss in court. A second company is created and immediately, all of the debts of the first company are transferred to that second company. The second company then declares bankruptcy.

Once a company declares bankruptcy, any action against them must stop. So, they can essentially forestall the payment proceedings indefinitely and the plaintiffs have no leverage to force them to the table to negotiate.

As of now, legislation is being considered that would change or prevent the Texas two-step from allowing companies off the hook for personal injury judgments. As of now, it’s just making a mockery of the civil courts, alienating consumers, and destroying faith in our judicial system.

Halpern, Santos & Pinkert represent the interests of Florida residents who have been injured by dangerous or defective products. Call our Florida personal injury lawyers today to schedule a free consultation and learn more about how we can help.