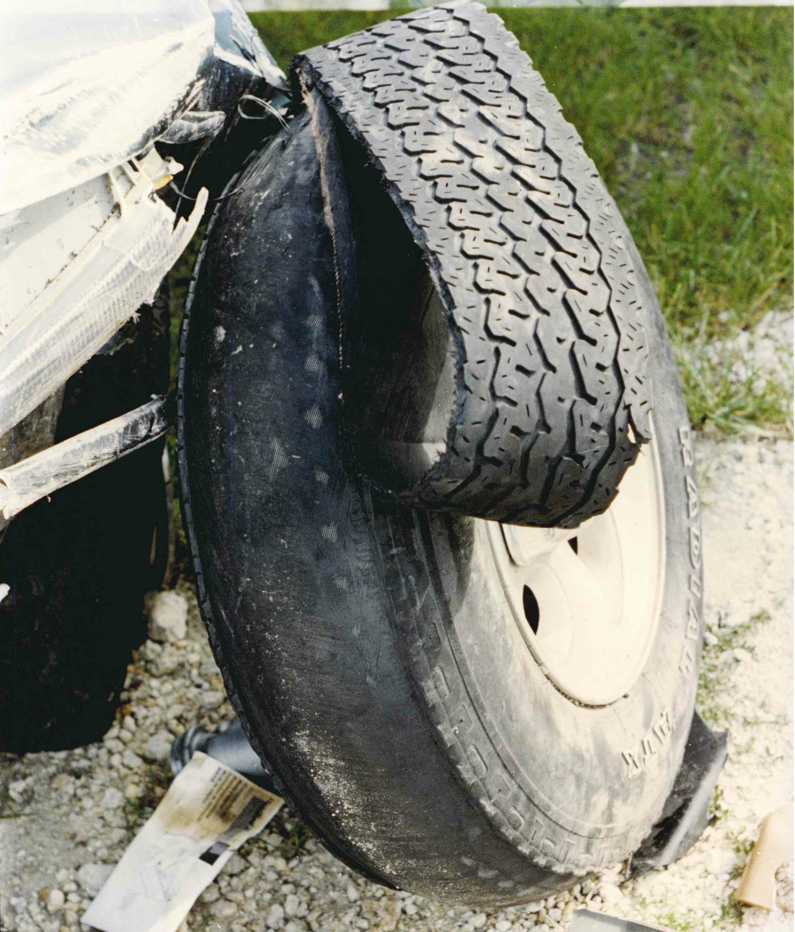 Tread Separation is a type of tire failure, that predominantly occurs in warm weather climates like South Florida, and is also known as “delamination” or “tread belt detachment.” It is characterized by the top layer of tread together with the top steel belt peeling away from the carcass of the tire. The tread may come off completely or partially, leaving the carcass of the tire looking as if the tread has been peeled away.

Tread separation is an extremely dangerous phenomenon because it changes the driving dynamics of a motor vehicle and typically occurs at highway speeds. This places the driver in the unenviable position of having to deal with a motor vehicle which is reacting erratically, and differently than it had been responding just moments prior to the tread separation. For this reason it is common for tread separations to initiate rollover events with catastrophic consequences.

Tread separations found their way into the public consciousness in 2000 following the recall of millions of Firestone tires that were standard equipment on Ford Explorers, and were linked to hundreds of rollover events resulting injury and death.

Halpern, Santos & Pinkert, P.A. handled dozens of these cases involving the recalled Firestone tires, and continues to handle a significant number of tire defect cases. In many tread separation cases we have handled it has been our position that the tires were defective because of built in design and manufacturing adhesion defects in the area between the two steel belts that contributed to the separation process and the tread peeling away from the remainder of the tire.

The tire companies and their defense experts are reluctant to admit that their tires have any defects. Instead they typically blame the owner of the vehicle of poor maintenance of the tire. The problem with this argument is that it would lead to the ridiculous conclusion that people in warm weather climates take worse care of their vehicles than those in cooler climates.

The well known truth is that heat build up accelerates the tread separation process. At our firm we believe that tires need to be designed and manufactured so that they retain their integrity and do not peel apart when subjected to the extra stress of operating in a warm weather. It’s just common sense.

At Halpern, Santos & Pinkert, P.A. we pride ourselves on understanding the theories and arguments that will be made by defendant manufacturers. Our familiarity with their arguments in tire and other product liability cases can help expose the truth about product defects.