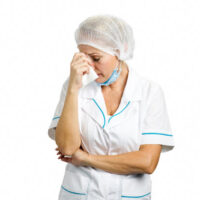 More on the social media watchdog front. A new lawsuit filed against the social media company TikTok alleges that they placed an ad in a 10-year-old’s feed that encouraged them to partake in a “blackout challenge”. The 10-year-old died in the attempt. Both TikTok and another company, ByteDance are named in the lawsuit.

Anyone who grew up anywhere likely remembers the choking game. Some variation of it has always existed. One individual will do something like hyperventilate for a few seconds and then wait for another individual to press down on their neck. The result is a short loss of consciousness followed by hypoxia-induced euphoria. TikTok is accused of knowingly placing ads encouraging children to partake in this dangerous activity.

While we all may have done this as children and survived, the fact remains that it is quite dangerous. Those who play the blackout game are intentionally inducing a mini-stroke. In other words, it should not be marketed to children, especially those as young as 10 who just want to go along with the crowd. In this case, TikTok is accused of inducing a child to play the blackout game and that resulted in her death.

Is this case winnable?

Yes, but it’s exactly the type of case that ends up in appeals. The reason for that is because the duty of care a social media company owes to the public or children is not clearly defined. In a product liability lawsuit, a plaintiff generally does need to prove negligence. However, it’s not always clear if a piece of software is a product or a service.

Is this a product liability case?

The law is often slow to catch up with disruptive technologies such as Facebook, Uber, and Byrd. This creates legal tangles that can be hard to unravel. In the case of software, lobbying efforts have insulated major companies from certain elements of product liability torts. However, that could all change after a recent whistleblower report revealed that social media companies hack our brains to keep us scrolling. When someone dies due to this manipulation, we can tie the negligence directly to them.

Causing someone to die

Most wrongful death lawsuits are filed under a theory of direct negligence leading to death. For car accidents, a defendant operated their car negligently which directly led to the death of someone else. In this case, TikTok suggested a dangerous activity to a 10-year-old irresponsibly. Is there enough of a link between the advertising and the girl’s death to establish firm grounds for liability? The answer to that question may be years away and require new legislation to regulate social media companies.

Halpern, Santos & Pinkert have the resources and experience you need to sue major corporations that have manufactured defective products. Call our Florida personal injury lawyers today to schedule a free consultation and learn more about how we can help.