As Miami tire attorneys we had the opportunity last year to represent a young man who suffered catastrophic injuries in a tire defect case resulting in a rollover.

The defendant who manufactured the tire defended the case on a theory that a nail, at some time prior to the tire failure, had punctured the tire, and penetrated all the way through to the inner liner. It was hypothesized that the nail remained embedded in the tire, but allowed pressurized air to seep into the component parts of the tire which caused deterioration of the tire and ultimately a tire failure by tread separation. 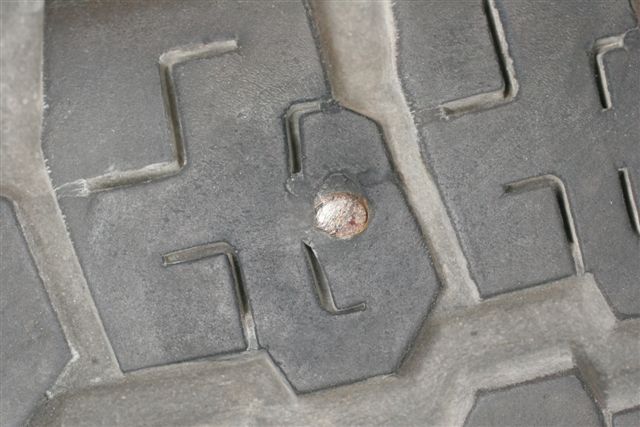 The opinions of our experts were diametrically opposed, and one of our experts expressed the opinion that every system within the tire designed to prevent tread separation was deficient and defective.

Even though we had confidence in our tire experts, and the manner in which they presented their opinions, we took an aggressive approach and attempted to disprove the manufacturer’s theory that the tire peeled apart and unraveled because of a nail.

First, we showed through x-rays that the interior portions of the tire, including the microfibers in the bottom steel belt were not disturbed in any fashion in the area where the manufacturer claimed the nail had penetrated into the tire. How could a nail have gone from the outside, through the tread and all the way through to the inner liner, and then been yanked out at the time of the tire failure and not leave some evidence of disturbance in the area through which it must have passed?

On videotape deposition we asked the defense tire experts to locate and pinpoint the area where they believed the nail had entered the tire. Even though the tread had been pulled off the tire the underlying carcass of the tire remained intact. After identifying the area where they believed the nail passed through the tire, their experts, while on videotape, were unable to identify anything that resembled a hole caused by a nail passing through the tire.

The final downfall of the manufacturer’s nail theory was when we forensically explored the other rear tire that had not failed, and which remained intact during the accident. The other tire was made by another manufacturer, had protective features – such as cap plies -which were absent in the failed tire. Here we had a perfect example of another tire that had experienced the same roadway use as the tire in question but did not fail or fall apart.

In preparation for trial we decided to refer to the defendant’s theory, tire failure theory, “the magic nail.” We would contend that the defendant’s theory is that a nail entered the tire from the outside world, penetrated all the way through the tire, and yet did not leave a hole that anybody could find, and did not disrupt any of the internal parts of the tire as the nail passed through it. We never got a chance to talk to a jury about “the magic nail” because the case settled for a confidential amount of money, but a sum that would allow for a young adult client to receive 24/7 full time attendant care and medical services.

At Halpern, Santos & Pinkert, P.A., we believe that in product liability cases including tire cases, it is not only important to build a strong and credible explanation about what transpired to cause injury and harm, but to also dismantle and expose suspect defense theories that cannot be substantiated.