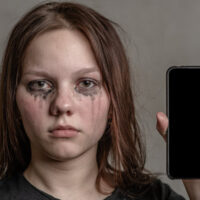 Social media companies are facing lawsuits filed by watchdogs and the parents of 7 children who all died by suicide at a very young age. Many of these children reported anxiety and depression and would compulsively check their social media accounts keeping them up at all hours through the night. In some cases, their parents tried to intervene, but the youngsters were so addicted that they suffered withdrawal symptoms from being disengaged from social media for any period of time. For girls, the problem was redoubled due to body image issues. Some girls developed anorexia and related conditions.

While a few years ago, such a lawsuit would have stood no chance of success in the court system, the matter has drawn political attention after a former Facebook employee shared evidence that Facebook knew that its platform was causing psychological harm especially to teen girls. In fact, she argued that Facebook honed its algorithms based on user feedback to make it more addictive and generate more ad revenue for its partners.

Will these lawsuits be successful? It’s complicated and right now, no one knows. There is some legislation that protects social media companies from third-party or user-submitted content. However, these protections may evaporate if platforms like Facebook curate the content to spread anxiety which benefits their marketing efforts.

Section 230 of the poorly-named Communications Decency Act prevents you from filing a lawsuit based on content submitted by third parties. This includes advertisers. The defendants claim that the algorithm argument merely proves that the platforms are using third-party content and are thus immune from lawsuits. In fact, the entirety of their case is whether or not a lawsuit can be filed under the Communications Decency Act.

The plaintiffs want to take the argument outside of the Communications Decency Act and allege that these platforms are genuinely causing harm to children who cannot understand the implications of marketing or its tactics. In other words, they don’t realize they’re being manipulated to purchase something. Instead, they think they are absorbing facts about themselves from the world, and they look to that world for reinforcement, and that world has no reinforcement to give them because fear sells and contentment doesn’t.

So, basically, we’re in a situation where our marketing strategies cause harm to the public, but now that children are being exposed to this fear-based strategy it’s causing anxiety, depression, insomnia, and suicide. They are also hypodermically exposed to these ads in a way that pivots off of their own posts and personal messages. So, if a teen says that they feel fat, then you can expect an ad to pop up offering diets.

Our system of torts simply cannot handle a situation like this and there will be no accountability until legislation is passed limiting what social media companies can do with their newfound power. Ultimately, these companies are just doing what has always been done more effectively than before. The results may be sad and tragic, but the tactic remains effective.

Halpern, Santos & Pinkert represent the interests of injured plaintiffs in product liability lawsuits against major companies. Call our Florida personal injury lawyers today to schedule a free consultation and learn more about how we can help.