New Instagram Lawsuit Alleges The Site Is Harmful By Design 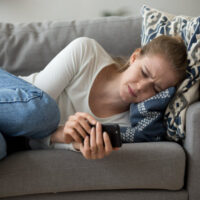 A new lawsuit has been filed against the social media company Instagram which is owned by Meta, the company formerly known as Facebook. The lawsuit involves a 20-year-old girl who claims she began using the platform when she was only 11 years old. Since then, she says she has suffered from addiction, anxiety, self-harm, depression, eating disorders and suicidal ideation. The lawsuit has been filed with the help of the Social Media Victims Law Center. The lawsuit accuses the platform of being designed to cause psychological problems that can cause legitimate mental illnesses later in life.

Such lawsuits have been attempted in the past, but social media companies enjoy a special type of immunity that prevents them from being held liable for content published on their site. The immunity derives from Section 230 of the Communications Decency Act. Such lawsuits have been dismissed before ever reaching a jury thanks to this protection.

Why this lawsuit should have Meta worried

Meta has never faced a lawsuit quite like this before. Firstly, the lawsuit comes in the wake of a whistleblower testifying before Congress that the companies knew that the platform could cause psychological harm to younger users and doubled down on the potentially harmful and manipulative advertising tactics used to scare adults into purchasing things they don’t need. Meta is accused of knowing that their social media platforms were particularly harmful to teenage girls.

The second factor that could tip the scales is this is the first lawsuit to allege that social media platforms are defective by design. In product liability terms, this is the strongest argument you can make. If a product is designed in a defective way, then the negligence is imputed simply within the argument. If you allege that the company failed to warn users about an intrinsic danger, then there’s a question of common sense, individual responsibility, and whether the company went far enough.

Lastly, this lawsuit alleges that the manner in which content is manipulated is the real problem with the platform—and not the content itself. This means that Section 230 does not apply. The algorithms manipulate users in a way that is harmful. The content itself is not important to this argument.

Well, Facebook can claim that this happens to a lot of teenage girls and it’s been happening long before Facebook ever came on the scene. While Instagram may have been the focus of the teen’s problems, it would likely have been something else had the teen not had access to it. In other words, it’s difficult to establish a direct causality between the social media platform and the mental health issues that arose.

Lawsuits alleging psychological damage are traditionally difficult to win. In cases where there is no physical injury, the lawsuits may be impossible to win. The argument is also complicated. How do we get from a social media platform to several co-occurring mental health disorders? For now, the jury remains out on whether such lawsuits will gain traction in the U.S. courts.

If you have been injured by a defective product, call the Florida personal injury attorneys at Halpern, Santos & Pinkert today to schedule a free consultation and learn more about how we can help.