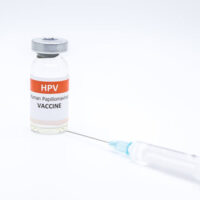 Merck & Co. is facing allegations that it misrepresented the efficacy and downplayed the side effects of its Gardasil vaccine. The vaccine was highly touted as a way to avoid cervical cancer and other complications related to the sexually transmitted disease, HPV (better known as genital warts). HPV comes in a variety of strains some of which cause cervical cancer in women. The drug was marketed to the parents of teenage and pre-teen girls, some of whom are alleged to have suffered serious side effects from the vaccine.

New research indicates that Gardasil may cause auto-immune disorders, POTS, neuropathy, and fibromyalgia. It has also been linked to ovarian failure and infertility. Worst of all, some evidence suggests that rather than preventing cervical cancer, the vaccine actually increases your risk of cervical cancer.

As of now, plaintiffs are attempting to consolidate multi-district litigation into a class-action. Thirty-four individual lawsuits have been filed against Gardasil alleging a bad reaction to the vaccine. Most of the conditions are related to auto-immune disorders or neurological disorders.

Problems for the plaintiffs

Britain’s NHS and the CDC both still recommend Gardasil for preventing cervical cancer. Websites discussing the vaccine state that during clinical trials, there was no evidence of an uptick in any of the conditions the plaintiffs are claiming to have acquired from the vaccine. Worse still, of the millions of doses that were distributed only 34 have resulted in complaints now filed with the courts. No decision on whether or not the case will be allowed to move forward has been reached. The plaintiffs are still trying to consolidate their lawsuits into a class-action. Merck would likely want to avoid that and force individual claims through the courts.

Further, it can be scientifically impossible with numbers like the ones above to establish that a vaccine was the cause of a particular ailment. Even if as many as 5% of the individuals who took the vaccine reported similar problems, there would be enough to establish a likely causal link. The vaccine would not be the only issue, it would likely be related to another condition that the vaccine interacted with. In that case, Merck could still be sued for failing to warn doctors and patients about the problem. But as of now, the plaintiffs don’t have evidence that Gardasil causes any of the problems they claim and the establishment science on the matter is backing Merck.

So, the plaintiffs have a long uphill road to convince the courts that their allegations have merit. 34 bad reactions within a test group of millions is not going to trigger massive backlash against Merck or their vaccine. The plaintiffs will need to prove that government medical authorities have it wrong.

If you have been injured due to a dangerous drug or vaccine, call the Florida personal injury lawyers at Halpern, Santos & Pinkert today to schedule a free consultation and allow us to begin building your case immediately.