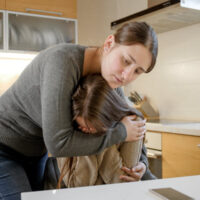 Lawsuits against social media companies are gaining traction in the courts after several highly-publicized suicides were linked to the platforms. Parents of social-media-addicted children claim that their children were unable to put their phones down, had to go into therapy, and stayed up all night on their phones obsessing about their image. It resulted in body image problems that ultimately resulted in anxiety, depression, and suicide. Attorneys for the plaintiffs claim that the company’s algorithm encouraged teenagers to ruminate over their image to produce better results for their advertisers, destroyed their mental health, and in some cases, resulted in suicide. The lawsuit has been filed in Florida.

The lawsuit contends that these companies continue to manipulate users despite evidence showing that the platforms can be particularly destructive to teenagers and children. The primary plaintiff in the class says she lost sleep, suffered from depression, and eventually attempted to take her own life.

Firstly, let’s just say this. If you’re an adult, you probably have no case. Right now, the lawsuit is buttressed by studies that show that teens specifically are vulnerable to anxiety and depression resulting from extensive misuse of their social media platforms. While Facebook can say that is much like drug abuse, the fact that children are involved makes it a problem. Facebook can also say that they aren’t responsible for the marketing efforts of their advertising partners, but their algorithm “flows” advertisements into posts. For instance, if your friend says that she’s feeling fat, you may end up with a post for a weight loss product in your feed based on the connection between the word “fat” and weight loss.

The lawsuit specifically contends that these companies have failed to adapt their algorithm to the psychosocial needs of its minor users resulting in preventable mental health distress.

How do you prove any of this?

Expert witnesses who produced case studies will testify on behalf of the plaintiffs. The standard of proof in a civil trial is lower than a criminal trial. You don’t have to prove to a scientific certainty that Facebook indeed is the direct cause of suicide. You only need to establish that it is more likely than not that Facebook algorithms contribute to anxiety, depression, and increase the risk of suicide. For that reason, and with scientific experts agreeing with the plaintiff’s claim, it’s likely Facebook’s best defense will be procedural/technical. For instance, it is nearly impossible to sue someone for verbal bullying without a physical injury. Since Facebook caused no physical injury, it will be hard to imagine a founding basis for a personal injury lawsuit. It’s exceedingly rare for someone to win a tort based on a psychological or psychiatric injury without a physical injury. It just doesn’t happen.

The Florida personal injury lawyers at Halpern, Santos & Pinkert file product liability lawsuits on behalf of injured plaintiffs. Call today to schedule a free consultation and we can begin discussing your claim immediately.