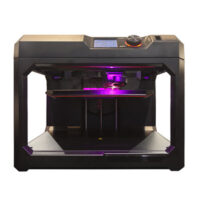 The parents of a man who died in a fire caused by an allegedly defective 3D printer has filed a wrongful death lawsuit against the online marketplace that gave him access to the portal and a Chinese company that manufactured the printer.

It is becoming increasingly difficult for U.S. consumers to hold overseas companies accountable for product liability injuries. The marketplace is larger than ever and overseas companies exploit online marketplaces like Amazon to make their goods available on the U.S. market. In the U.S., however, consumer safety matters are taken quite seriously. Standards and regulations apply to the construction of these devices. They are similarly tested for potential dangers. Now that online marketplaces are making potentially dangerous products available to the public, who is responsible? Recently, the courts have held that the marketplaces are responsible.

In this case, it isn’t entirely clear what happened as the lawsuit has just been filed. Firefighters found the man dead in his apartment from apparent smoke inhalation and burn injuries. Investigators concluded that the 3D printer overheated and caused the couch to catch on fire. At this point, that’s all we know.

Amazon and sites like it enjoyed temporary immunity from lawsuits filed against companies that produced products for their online marketplace. They argued that it would be similar to holding a flea market liable for the products offered by one of its vendors. In this case, the argument held sway for a while until numerous individuals suffered severe burn injuries related to a hoverboard that was available to Amazon customers. In this case, the customers reported that the hoverboard was defective, caused injury, and warned other customers in the reviews. Attorneys for the plaintiffs successfully argued that Amazon was on notice about the defective and injurious nature of the product and continued to make it available to more customers who were also later injured. For that reason, they were required to face a lawsuit.

Even as they were arguing why Amazon was immune from lawsuits against its vendors, they instituted a policy where they would cover the first $1,000 of any product liability claim resulting in property damage or injury. You can now file such claims against Amazon. However, if you’re looking for more than $1,000, then you’ll probably need a personal injury attorney to help you file the claim.

At this point, the standards aren’t entirely clear when it comes to marketplace lawsuits against Amazon vendors. In cases that have been successful, the plaintiffs have been able to allege that Amazon did not act on information provided by injured customers. In other words, Amazon did contribute negligence. It’s not clear that Amazon can be held liable unless they knew about the potential danger prior to the injury. It’s a new technology, and the standards have yet to catch up.

Halpern, Santos & Pinkert represent the interests of those who have been injured by dangerous or defective products. Call our Florida personal injury lawyers today to schedule a free consultation and learn more about how we can help.