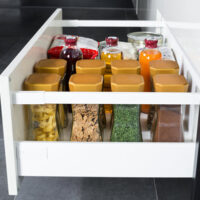 A lawsuit has recently been filed against Whole Food and Amazon over a brand of spices that the plaintiff believes contains heavy metals such as lead, arsenic, and cadmium. Any of these heavy metals could cause severe developmental problems for children but aren’t very good for adults either.

The lawsuits followed a report conducted in 2021 alleging that numerous Whole Foods spices contained dangerous levels of lead and arsenic. Plaintiffs allege that Whole Foods and Amazon failed to disclose this fact to the public and continued to sell the spices unabated.

Consumer Reports reported that they tested 126 various brands of herbs and spices and nearly one-third (around 40) contained levels of heavy metal toxic enough to cause injury to children. They also stated that adults who consumed a sufficient quantity of these spices could also experience deleterious health effects. 31 of the products contained more lead than a human could safely consume in a day.

Product liability lawsuits are filed under three different theories of legal liability. The first theory is an intrinsic design flaw. That means that the product is by nature defective or dangerous. The second theory involves a manufacturing defect that causes the product not to act in a way that can be readily anticipated by a customer. The third is a failure to warn lawsuit. In cases where a product has a known danger, a plaintiff can sue a manufacturer on the theory that they failed to warn customers about the known danger and injury resulted.

In this case, the companies are being blamed for failing to warn consumers about toxic levels of lead and other metals in their spices. However, this is not an injury lawsuit. Instead, the lawsuit alleges that the companies unjustly enriched themselves by lying to customers, failing to implement reasonable safety standards, and essentially defrauding the public by misrepresenting their products as safe.

It can be very difficult to prove a 1:1 correspondence between a consumer product and a negative medical event. However, the mere presence of a toxic level of heavy metals in a consumer food product is enough to warrant a lawsuit. Such lawsuits help establish liability in cases where there is a known injury.

Why is there heavy metal in my spices?

The regulatory infrastructure around spice testing relies heavily on companies self-reporting known issues. However, only a few companies actually test the spices in their own warehouses. While major retailers tend to require wholesalers to perform some testing, it is unclear what the standard of proof is or what the acceptable threshold for heavy metals was. New York is the only state in the country that places limits on heavy metals in food products. California requires warning labels for any product that exceeds health recommendations.

Halpern, Santos & Pinkert represent the interests of consumers who have been injured or killed by dangerous products. Call our Florida personal injury lawyers today to schedule a free consultation and we can begin preparing your lawsuit immediately.