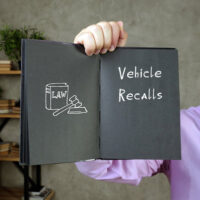 Kia issued a notice stating that they were recalling over 200,000 2012-2013 Optimas due to a problem with the vehicle’s airbag. The airbag can catch the headliner plates in the cabin’s ceiling during deployment resulting in the plates detaching. According to the notice, a plate that detaches during an airbag deployment can strike a passenger or driver increasing the risk of injury.

In this case, Kia issued the recall after a customer alleged that a metal bracket struck them while their airbag was deploying. Dealers are being instructed to place industrial-grade tape over the plates so that they don’t detach while the airbag is deploying.

How do I know if I have a valid airbag lawsuit?

Airbags are not exactly pillows. They’re meant to deploy with a great deal of force and ensure that a driver’s head doesn’t strike the windshield or other components within the vehicle. In some cases, they will cause injury regardless of how well they are designed. Injuries to the neck are common in car accidents. Not all of these can be blamed on the airbag. Humans are expected to suffer some injury in a car accident. The airbag saves more lives and prevents more serious injuries than it causes. So, if the airbag deploys as expected, then the case against the manufacturer is usually not going to be actionable. You’d still have the option of suing the other driver involved in the crash.

Customers can and should file product liability lawsuits against car manufacturers if their airbags fail to deploy as expected, deploy improperly, deploy for no good reason at all while you’re driving, or cause an injury not associated with car accidents.

Halpern, Santos & Pinkert have the resources and experience to take on large corporations in product liability lawsuits. Call our Florida personal injury lawyers to schedule a free consultation and learn more about how we can help.