How Is Social Media Addiction Causing Suicide Among Gen Z? 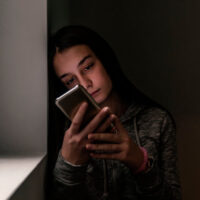 There’s a lot to unpack here before we admit that we can’t really answer this question completely. But first, let’s stick to the allegations before we elaborate. Essentially, a whistleblower from Facebook testified before Congress that Instagram, Facebook, TikTok, and other social media platforms were designed to be “addictive”. In other words, these companies used and analyzed data on how their platforms were being used and adapted these methods to foment engagement. This often resulted in boosting posts that made other people angry. It also resulted in posts that made users feel insecure to boost engagement with ads.

So, here we are, with this knowledge in the back of our minds, and teens and their parents are continuing to suffer trauma because of social media. Below, we’ll take a look at some of the key arguments from both sides.

The plaintiffs have ample evidence that social media companies use psychological tricks to keep users scrolling. They also perform psychological tricks to keep users clicking. Since fear is the number one motivator in advertising, ads will play on user’s insecurities. Today, we have better access to the emotional lives of customers than ever before. We can piggyback ads based on their posts. If they’re feeling overweight, we can pitch them diets and supplements. If they just got out of a relationship, we can use their insecurities to sell them something. That is essentially what Meta, TikTok, and Instagram do.

Plaintiff as a template

Instead of discussing an individual plaintiff, we’ll discuss a potential plaintiff who meets the criteria for a lawsuit like this. We’ll use a girl for our example. She spends 4 to 7 hours a day on social media. It’s been made worse because of the quarantine. She talks to people she knows. She talks to people she doesn’t know. She sends pictures over Snapchat. Some of these pictures are meant to be “hot” or sexy pictures. The person on the other end shares these pictures with her classmates. Mortified, the girl takes her own life.

Before you blame the girl, you should realize that she is 9 years old as she is sending these photos.

Facebook, Snapchat, and TikTok are the three major defendants in these lawsuits. They say that suicide among teens is sad, but their platforms aren’t causing an uptick in suicides considering they average 100 million users per platform and only a few have resulted in suicides. Is this even enough to show that social media is creating an uptick in teen suicide? We don’t know. We know that a few individuals, mostly girls, have had really bad experiences that destroyed their social reputation. We also know that social media sites are trying to addict users. Does this increase the risk to teens? It probably does. But shouldn’t their parents be monitoring their online activity? Maybe. Isn’t the man who shared the pictures primarily responsible for causing the suicide? Probably. Did these social media sites create an environment that allowed children to be exploited easier? Probably. Is this enough to win a lawsuit? As of right now, the best answer is: Possibly.

Halpern Santos & Pinkert represent those injured by dangerous products in product liability lawsuits. Call our Florida personal injury attorneys today to schedule a free consultation and we can begin discussing your allegations immediately.