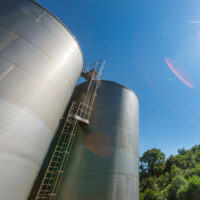 Treatment centers focusing on first-responders, former active-duty military, and law enforcement are a new and necessary service provided to our communities. The suicide rate among individuals who work as first responders is much higher than the general population. The same holds true for former military and U.S. police officers who deal with the worst situations that society has to offer on a daily basis. Some folks internalize this trauma and it becomes post-traumatic stress disorder, anxiety, depression, and worse.

One treatment center which operates a ranch for former U.S. military and first responders lost a patient who fell from a water tower. Now, the family is suing the facility for negligence. In this article, we’ll discuss the lawsuit and the allegations against the treatment center.

The descendant was discharged honorably from the military for medical reasons. He served 15 years, received a purple heart, and a bronze star during his military service. He was seeking treatment from the center for what his family described as “post-deployment issues”. His body was found on a concrete slab at the bottom of a 30-foot water tower. It is believed that the plaintiff was on the water tower voluntarily, but was not trying to harm himself. Instead, authorities believe he climbed up there and then slipped off the tower to his death.

If the veteran took his life intentionally, would that prevent a claim?

The family could sue the treatment facility for giving patients with suicidal tendencies access to a 30-foot drop to facilitate the process. Obviously, it would be incumbent on any treatment facility dealing with the mentally ill to remove as many potential dangers as possible. Since it’s predictable that a suicidal patient would be looking for ways to take their own life, giving them access to one is medical negligence. Further, it appears that evidence left on top of the tower indicates that the veteran attempted to break his fall before exiting the roof. The ladders have since been removed from the tower. The family maintains the death was accidental and that the veteran had plans to move with his family to Colorado after treatment. Nonetheless, a claim of suicide would not defeat the plaintiff’s suit against the treatment facility.

If you’ve been injured due to the negligence of another party or lost a loved one to another party’s negligence, call the Florida personal injury attorneys at Halpern, Santos & Pinkert today to schedule a free consultation and learn more about how we can help.