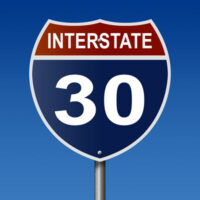 To be sure, $150 million settlements don’t happen every day, so it’s worth taking a look into the details. In this case, it was more about the company involved in the accident than the details of the case. This particular company has been involved in multiple 7-figure settlements (or higher).

In this case, a family stopped in a travel lane and got out of their vehicle, leaving two children inside the vehicle. A tractor-trailer struck the vehicle killing both of the children inside. The defendant claimed that the police assigned all of the blame to the family for the incident, but police reports are not the final word on crash accidents. Had the case not settled, the defendant would have claimed that the family had no reason to stop in a lane of traffic obstructing the way. The family would have claimed that had the truck driver been paying attention, he would have had plenty of time to react to the parked car.

Why so much money?

Was this really a strong case?

We’ll never know because key details of the suit have been sealed as part of the agreement. All we know is that the defendant had a fairly strong defense. The family should have never stopped their vehicle in a lane used for traffic. We don’t know for how long the vehicle would have been visible to an oncoming driver, but we know the truck struck the vehicle with the children inside. Most people don’t need to be told to move their vehicle off the road when they stop or wait until they find a useful shoulder so they’re not blocking traffic. If they were on the other side of a blind curve, it’s hard to believe that the truck driver would have been found to be liable for the incident. Adding to that, the police seemed to believe that the truck driver was not at fault, but police officers don’t have the authority to interpret the law. That’s the judge’s job.

Halpern, Santos & Pinkert file lawsuits against trucking companies that shirk regulations and avoid their duty of care, causing injury to members of the public. Call our Florida personal injury lawyers today to schedule a free consultation and learn more about how we can help.