Don’t Blame the Driver When Vehicles Rollover After Tire Failures

It is quite common for vehicles to veer out of control and rollover when tread separations occur, and this is especially true when the tread separation occurs on a rear wheel position on an SUV. At Halpern, Santos & Pinkert, P.A. our Florida lawyers have decades of experience in dealing with these types of allegations, which may be unfounded and unfair.

One tactic used by tire manufacturers to deflect attention away from manufacturing and design defects is to blame the driver for causing the rollover. While it is true that driver input contributes to the vehicle’s response, it can hardly be considered the cause of the rollover.

Obviously, the drivers would not have veered off the roadway and rolled over without the tire failure. Nevertheless, tire manufacturers point to track tests that show professional drivers who are able to control vehicles that undergo a tread separation. These events are pre-arranged and the drivers know they are going to occur.

The National Traffic Highway Safety Administration set out to study driver response to tread separations and made the following conclusions:

These studies were conducted in the National Advanced Driving Simulator (NADS, see image below) which is similar to the simulator that teaches pilots to fly. This type of study allows for data without exposing participants to injury or death from dangerous track testing involving tread separations.

Tread separations are dangerous events because the vehicle suddenly and unexpectedly becomes unstable and reacts differently from the way it was responding just moments before. We believe that blaming the driver under these circumstances is a deflection away from the real culprit – manufacturing and design defects in the tire. 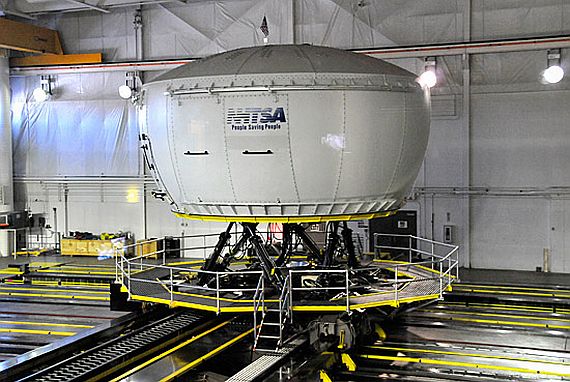 In product liability cases defending the actions of the plaintiff is an important feature of the case. It is not uncommon for defendant manufacturers to allege that the plaintiff himself did something negligent or modified the product.