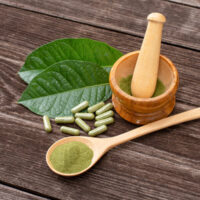 Georgia is one of the few states that allow kratom to be purchased at gas stations. However, several high-profile deaths are forcing legislators to take another look at the industry.

Today, lawsuits against dietary supplement companies usually involve allegations of contamination. Most dietary supplements cannot cause acute toxicity that gives rise to an overdose death. Kratom, however, can. Nonetheless, it is marketed as safe and natural.

Today, filing lawsuits against a company on the grounds of untruthful advertising is among the most common claims you’ll find in product liability lawsuits. However, the stakes in this product liability lawsuit are much higher. For whatever reason, a drug that produces a pleasurable effect and has the capacity for acute toxicity is easier to get your hands on than marijuana.

Sometimes, legal procedures are named after the state they gain popularity in. For example, Johnson & Johnson is currently employing the “Texas Two-Step” which allows them to bifurcate their company into two companies, one which owns the assets, and another which owns all the debts and will soon file for bankruptcy.

California, on the other hand, has one of the most top-heavy regulatory infrastructures in the country. The California Hammer allows consumers to file FDCA complaints against companies that make misleading claims about their products. This includes CBD which is a supplement taken by some individuals to reduce anxiety.

The real question then becomes: How do you categorize these substances? Today, they are categorized as either drugs or dietary supplements depending on where you live. The California Hammer allows the substances to be reclassified as drugs.

However, California passed a law in 1994 called the Dietary Supplement Health Education Act (DSHEA) which places a restricted definition on “dietary supplements”. The rule would force kratom and other substances to be considered unapproved drugs under the law, and not dietary supplements.

As of right now, however, the plaintiffs are not winning these cases. Either because the courts have agreed with the defendants that the FDCA is not privately enforceable or because the FDA has not issued guidelines on products that give litigants strong arguments. Until then, the cases be stayed until the FDA issues guidelines that companies can follow.

Addicted to kratom? Injured by kratom? Worried that you won’t be able to kick the habit? The Florida personal injury attorneys at Halpern, Santos & Pinkert can help you file a claim against the kratom manufacturer that mislabeled their product. Call today to learn more.