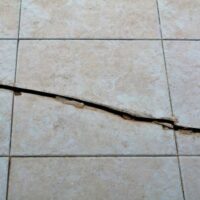 During a hurricane or severe thunderstorm, a big box retail store is one of the safest places you can be.  Likewise, no matter the weather, one can reasonably expect the premises of such a store to be safe and the activities that people undertake there virtually free of the risk of injury.  Consider that bowling alleys bear signs that say, “bowl at your own risk,” and skating rinks say “skate at your own risk,” but the likes of Walmart and Target do not prominently display warnings to shop at your own risk; unlike most forms of physical recreation, shopping does not carry an inherent risk of injury.  Unlike restaurants and supermarkets, non-food retail stores are unlikely to have liquids spilled on the floor, although the floors may be wet after mopping.  If you have been injured in a slip and fall or trip and fall accident at a retail store, contact a Florida premises liability lawyer.

Janet Hall lives in Coral Springs, and on January 15, 2019, she was shopping at the Best Buy store on U.S. 441 in Boca Raton.  In that store, metal dividers on the floor separate the various sections of the store.  While entering the appliance department, Hall tripped over the metal divider at the edge of the department, as it had come loose.  The complaint filed with the Palm Beach County court did not go into detail about the nature of her injuries, except to indicate that the injuries were serious and that her arm was one of the affected body parts.  She had previously suffered an injury to that arm, and the fall in Best Buy aggravated the old injury.

Hall sued Best Buy for premises liability, requesting at least $15,000 in damages.  At least some of the requested amount was noneconomic damages for emotional distress caused by the accident and the resulting injuries.  In the lawsuit, Hall claims that she was behaving in a safe manner in the store; she was not doing anything careless that would have increased the likelihood of the fall.  Rather, the divider had been loose long enough that the store employees should have noticed it and repaired it, or at least placed a sign to warn customers of it.  No news reports or court documents related to the case have been published since 2019, when Hall filed the lawsuit.  It is possible that Best Buy claimed that most of Hall’s symptoms are the result of her pre-existing injury; defendants in personal injury lawsuits often exploit this argument, especially in cases with elderly plaintiffs or those with complex medical histories.  Most personal injury lawsuits settle without going to trial.

A premises liability lawyer can help you recover compensation for your medical expenses if you got injured in a trip and fall accident at a place of business.  Contact Halpern Santos & Pinkert, P.A. in Coral Gables, Florida to discuss your case.