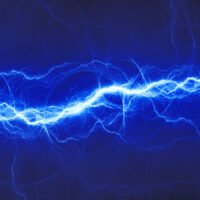 An arc flash is when electricity travels through the air between conductors. Without even touching a live electrical wire, you can suffer severe burn injuries. The danger is preventable and thus should never happen. But it does happen, on occasion, and when it does, the scale of the injuries is often catastrophic.

One man from the UK suffered burn injuries over 47% of his body after catching fire due to an arc flash incident. His miraculous story of recovery is now a national headline in the UK. The man worked as a scaffolder before the injury occurred. Not only was he dead for a few minutes, but he ran out onto the road while on fire and managed, by pure luck, to flag down an ambulance that was passing by.

The 29-year-old man required 23 surgeries to restore him and miraculously, doctors were able to save both of his arms. Nonetheless, the man will have to go through the rest of his life with burn injuries to much of his body, including his face. He did lose a thumb and does not have full strength in one of his hands. Living with disfigurement is no small thing.

Arc flash incidents are most likely to occur in certain types of employment. Less frequently, homeowners are injured by defective powerlines. For most people, the notion that you can be electrocuted without touching a powerline is quite jarring. You simply do not expect to be walking along and then suffer an electrocution injury. For that reason, power companies have redundant security features that prevent the majority of arc flash injuries. When arc flash injuries occur in the workplace, you can bet that OSHA will be by to investigate how it happened. Annually, 730 die due to arc flash injuries in the U.S.

Those who work around electrical components wear PPE to reduce the harm caused by stray electrical currents.

Arc flash lawsuits are generally filed against power companies often by electricians and homeowners who are injured due to defective powerlines or other components that allow stray electricity to float about in the air. While an electrician may not be able to sue their own employer, they can sue a negligent third party if they are injured on the job. An electrician who does not work for the power company would be able to sue the power company for failing to fix a defective powerline. Further, homeowner lawsuits against power companies often include allegations of arc flash incidents.

Today, arc flash incidents are relatively rare, but they do occur, and when they do, it’s generally the power company’s fault since it is their property that led to the injury.

Halpern, Santos & Pinkert represent the interests of those who have been injured by electrocution. Call our Florida personal injury lawyers today to schedule a free consultation and learn more about how we can help.