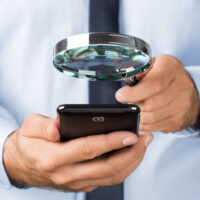 After a whistleblower testified before Congress that Meta was aware that some users experience declining mental health due to social media addiction, body image problems, and more, there have been an increasing number of lawsuits filed against the social media megalith in numerous states across the U.S. The courts are considering consolidating these lawsuits into one class-action. Before the matter can reach a jury, the courts will need to make several key decisions including whether or not the claims are actionable. Below, we’ll take a look at the decisions that will need to be reached before the plaintiffs can argue their case at trial.

Section 230 of the Communications Decency Act

Concerns over how the third-party content is manipulated (which is a publishing choice) is the problem. If I’m selling a fake diet supplement, I want to target those who are concerned about their appearance and weight. In other words, I mine their insecurity and negative feelings and ensure that the ad shows up in their timeline if they’ve discussed weight loss or negative feelings with their friends. Social media companies are manipulating the third-party content to make publishing choices to target ads at users.

Are social media companies allowed to do things they know cause harm to users under the First Amendment? The First Amendment has never applied to defamation or “tactical” speech (speech that is meant to provoke violence), but what about speech meant to cause personality disorders, anxiety, and depression? Facebook’s use of ads is criticized as being a systematic form of abuse of the user, especially those who are already dealing with self-image issues. Whether or not Facebook is allowed to use this form of manipulation on its users will be decided by the court. The First Amendment may prevent the government from stopping them.

To prove negligence, you must establish that the defendant caused your injuries. Not so hard if you’re litigating a car accident, but how do you prove that Facebook “causes” eating disorders and body dysmorphia? Well, you’ll have to establish a timeline of the plaintiff’s deteriorating mental health and track their usage of these apps, but it won’t be easy. The defense will bring in other key factors that could contribute to such a diagnosis as well.

Halpern, Santos & Pinkert have the resources and experience to file major lawsuits against large corporations on behalf of injured Florida plaintiffs. Call our Florida personal injury lawyers today to schedule a free consultation and we can begin preparing your lawsuit immediately.