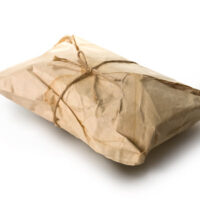 Amazon is now facing a lawsuit alleging that they are selling “suicide kits” over their platform that are used by teenagers to end their own lives. At least three teenagers died after purchasing the $20 kit that was delivered to their home in less than 48 hours. The families did not realize their children had ordered the chemical until it was too late.

To be sure, Amazon does not sell products under the name “suicide kit”. However, it does bundle sodium nitrate together with Tagamet, a nausea inhibitor, and books on “How to Commit Suicide” as a “frequently bought together” option on its site. These recommendations are what attorneys are referring to as “suicide kits”.

How does this happen?

This happens because it is supposed to happen. While selling suicide kits online may sound perverse to you, Amazon is not a moral bastion, it is a business and a marketplace and the market responds only to what is desired. Bezos is not sitting behind a computer with a curly mustache saying, “Muwahaha, how do I make the world a worse place?” Bezos has a team of programmers that create algorithms that automatically consolidate data based on user habits. So, if users are interested in killing themselves with sodium nitrate, then they may also be interested in Tagamet which will help prevent them from vomiting up the poison that will end their life. That’s just good business. The market is not particularly concerned with your morality, your religion, or your feelings. It only responds to the desire of the purchaser. In this manner, the whole system could eat itself down to nothing and still be working the way it’s meant to.

Who do we hold accountable for this?

It’s more than likely that there is no evil-doer behind the scenes pulling strings to make a thing like this happen. We get upset because it reflects our own ugliness back at us. At this point, Amazon, which is extremely aggressive when it comes to legal issues, has refused to pull the product from its marketplace. It remains unclear if sodium nitrate is still bundled with suicide how-to manuals and anti-nausea medication, but the products are unlikely to be advertised together into the foreseeable future.

Meanwhile, Amazon picked the wrong time to provide suicide kits to teenagers as more and more lawsuits are being filed against sites like Meta and TikTok over social media addiction and suicide. Again, if the goal is to generate clicks for your advertisers, there is no morality to that. The fact that some are becoming obsessed and addicted is a natural byproduct of the efforts to manipulate them. So, ultimately, we point fingers at behemoth companies like Amazon and Facebook, but ultimately, these companies do what makes them money.

Halpern, Santos & Pinkert represents the interests of those who have been injured due to a dangerous or defective product. Call our Florida personal injury attorneys today to schedule a free consultation and learn more about how we can help.