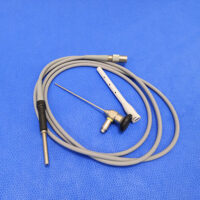 A family filed a wrongful death lawsuit after their loved one died during a lumbar procedure. According to the surgeon, who is named in the lawsuit, a defective fiber-optic cable prevented him from seeing a dural tear that ultimately cost the patient his life. The family has filed lawsuits against both the surgeon and the medical device company alongside the hospital for failing to maintain the cables in good working order prior to the surgery.

Understanding the claims against the medical device company

If that doesn’t work, then the medical device company will blame the surgeon for making a mistake during surgery or not checking known problem areas before closing up the patient. In this case, the surgeon did not realize that a dural tear was present which ultimately led to the plaintiff’s death.

In terms of lawsuits, it’s better to have the named defendants blaming each other. Traditionally, the strongest defense you can muster is to blame the plaintiff for their own injuries, even in medical malpractice cases. So, it’s a rare treat when all the defendants do the heavy lifting for you.

If you have been injured due to a dangerous or defective product, the Florida personal injury attorneys at Halpern, Santos & Pinkert have the litigation experience you need to try complex cases against major powerhouse corporations. Call today to schedule a free consultation and learn more about how we can help.