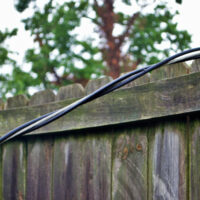 A utility company was fined $1.2 million nearly four years after their local man came into contact with a downed powerline and was electrocuted. As a result of the lawsuit, the power company responsible for the powerline must revisit and prevent the series of failures that led to the preventable death of a local man.

The man had called police when a bush on his property had caught fire. A police officer was there on the scene when the property owner came into contact with the powerline and died as a result of his injuries.

In this case, the power company was faulted for a number of failures that contributed to the death of the property owner. Firstly, it took them over an hour to cut power to the line while the man was continuously electrocuted. Two breakers that should have caught the problem failed to trigger warnings or cut the power to the line.

The settlement requires the power company to review all of their lines, ensure that the lines are not coming into contact with trees or vegetation, and ensure that safety mechanisms that should trigger when there is a problem with the line work this time.

Can I sue a utility company in Florida?

Yes. Florida power companies have a duty of care to each of their customers and they don’t always render that duty of care. Fires caused by power lines touching trees or the trees themselves becoming electrified are often litigated on the basis of negligence. The company has a duty of care to ensure its lines are safe and don’t pose a risk to the public. When they fail, catastrophic injury and death result.

Many such lawsuits have been filed here in Florida. The lawsuit mentioned above was filed in Pennsylvania. It bears noting that some states extend sovereign immunity to utilities contractors and thus, the only way to hold them accountable is by levying fines. In the Pennsylvania case, it remains unclear why a wrongful death lawsuit was never filed. One possibility is that the utility companies are protected by sovereign immunity. Another is that there was no living relative to file a wrongful death lawsuit on the victim’s behalf.

Foreseeability and a duty to act

The power lines are considered property of the utility company and they are therefore under their control and their responsibility. When a powerline is reported down, the utility company has a duty to ensure that power is cut to the line to avoid fires and death or injury. In this case, the safety features failed due to poor maintenance. The death was therefore preventable and foreseeable. The power company allowed negligent maintenance of their safety devices to cause the death of a property owner. Hence, they were found at fault for the incident.

Halpern, Santos & Pinkert file lawsuits against Florida power companies over negligence maintenance of their powerlines, failure to ensure that the powerlines are not coming into contact with trees, and electrocution injuries that result from these failures. Call our Florida personal injury lawyers today to schedule a free consultation and learn more about how we can help.