The Just For Men Lawsuits 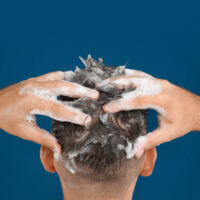 The makers of a popular hair dye have been sued by numerous customers claiming the product resulted in severe skin irritation and allergic responses. The suit claims that African-American men are more susceptible to allergic reactions to the hair product than their white counterparts. The suits claim that some men experienced serious burning, itching, blisters, and more which sometimes left them with permanent scars. The dye is designed to cover gray hair in the beard and sideburns making facial injuries likely. The plaintiffs report suffering chemical burns related to the product.

Just For Men has been around since 1987. But in 2012, users started reporting an uptick in the number of allergic reactions related to the product. Just For Men claims it has not changed the formula in that time. The increase in complaints was significant and many long-time users reported suddenly having allergic reactions to the dye. It has not been established that the company changed the formula of its product in that time frame.

The formula contains a known human allergen known as PPD. Users are instructed to test a patch of skin before using the product and then wait up to 48 hours to determine if they are allergic. The instructions also tell users to seek immediate medical attention if their symptoms are severe.

There are now more than 8,000 claims related to injuries sustained by Just For Men customers. While a lot of these suits may be related to minor injuries and a rash that went away after a couple of days, at least some of these suits contain allegations that the product led to permanent scarring of the face. Plaintiffs who can establish that the product resulted in permanent facial scars are likely due to receive a good chunk of money. This is because mutilation injuries are well compensated under the law. In some cases, incidents resulted in emergency room visits and medical expenses. So those cases will result in damages against the manufacturer. However, it is unlikely that 100% of the plaintiffs named in the lawsuit will recover much more unless they were either hospitalized or permanently scarred.

Just For Men will defend itself by claiming that those who were permanently scarred did not follow the instructions to test themselves prior to using the product. On the other hand, this indicates that the company knew the potential danger of using the chemical responsible for the skin reactions. This means that the plaintiffs are unlikely to file a claim on the basis of a failure to warn, but may still file a claim based on the intrinsic defectiveness of the product.

Plaintiffs will claim that once an uptick in injuries occurred, the company should have moved to reformulate its product and remove the offending ingredient. Instead, they continued to market the product and forgot to mention the fact that Black men tend to be more susceptible to allergy.

If you have suffered a chemical burn related to a cosmetic product, the Florida personal injury attorneys at Halpern, Santos & Pinkert can help you recover damages related to any injuries you sustained. Call today to schedule a free consultation and we can begin discussing your next moves immediately.