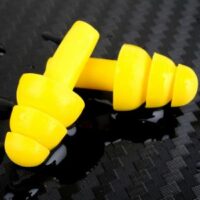 3M was paid by the U.S. military to provide earplugs to our soldiers. However, several soldiers have suffered deafness, tinnitus, hearing loss, and other issues after the earplugs allegedly failed. This resulted in the military filing lawsuits against the company along with individual veterans who sustained permanent ear damage while using the earplugs.

To test the waters of the lawsuits, multiple bellwether cases were tried by various plaintiffs. What is a bellwether case? In the event that you have hundreds or thousands of plaintiffs, individual test cases will be tried in the courts to establish a precedent moving forward. The jury determines whether or not the company is liable for the injuries, whether or not the company knew their product was defective, and if those are true, what type of compensation victims should receive.

When you have hundreds or thousands of plaintiffs, it is not possible to try every case individually. Instead, a few cases are put before a jury and the jury renders a verdict on guilt and establishes a compensation framework for other victims.

3M has lost these bellwether cases and the latest verdict, $50 million, is large enough to send a message to the company that placed the health and safety of our nation’s veterans in danger by providing the military with defective earplugs. 3M has now lost 8 of 13 bellwether trials totaling over $200 million.

There’s always a way to spin the headlines to your advantage. In this case, 3M is attempting to assure investors that their company is not going to end up with a billion-dollar liability related to their contract with the military. 3M released a press report following the verdict stating that they’ve won 5 of their trials and even during the trial which produced a $50M verdict, they were able to successfully defeat many of the claims. This means that plaintiffs making similar claims as those dismissed in the bellwether trial would not be able to make those claims in a future trial. However, enough allegations were left over to produce $50 million in compensation which means that it is likely that 3M was held liable for punitive damages based on gross negligence or foreknowledge that the earplugs were defective. It’s hard to spin a product liability slap of $50 million into a win for the defense, but these folks are lawyers. 3M signaled that it plans on appealing the ruling and maintains that its earplugs are safe.

As of now, there are 280,000 individual claims filed against 3M over hearing loss.

Halpern, Santos & Pinkert represent the interests of those who have been injured by dangerous or defective products. Call our Florida personal injury lawyers today to schedule a free consultation and we can begin discussing your next moves immediately.